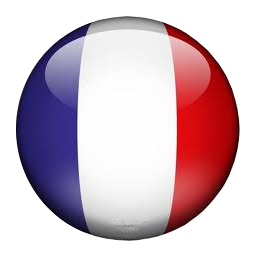 Alexandre Lory is a concert pianist with multiple talents and an artist with a true deep sensitivity.

After completing his musical studies in Aix en Provence, he was unanimously admitted in 2011 to the Conservatoire National Supérieur de Musique et de Danse de Paris where he study with Roger Muraro and Isabelle Dubuis. Two years later, he obtained his Bachelor’s degree (DNSPM) and then, his Master in 2015. That same year, he has been unanimously admitted in the Master of Chamber Music in Piano Duo with the pianist Clément Lefebvre in the class of Claire Désert and Amy Flammer. In August 2016, they were invited to give a series of concerts in the scope of the residency groups of the Festival de la Roque d’Anthéron and performed afterwards at the Preludes of concerts in the Pierre Boulez great hall of the Philharmonie de Paris. In September 2016, Alexandre was admitted to the Performing Artist Diploma at the CNSMD de Paris and has received at this occasion the Blüthner Prize. He is also laureate of the Fondation Safran, the Fondation Banque Populaire and the Mécénat Musical Société Générale.

Quickly spotted by Bernard d’Ascoli who follows him since 2009, he is supported by the association Piano Cantabile. He also works with pianists such as Jacques Rouvier, Michel Dalberto, Alain Planès, Konstantin Lifschitz, Jeffrey Swann, Jerome Rose, Louis Lortie and Matei Varga.

Alexandre has already played in many countries in Europe (England, Belgium, Switzerland, Italy, Spain) and worldwide (USA and Japan). Very appreciated chambrist, he is invited to numerous festivals such as the Festival de la Roque d’Anthéron, the Messiaen Festival of Meije, the Folle Journée de Nantes, the Festival “All About Piano” in London, the Ysaÿe’s Knokke Festival in Belgium, the Kyoto International Music Student Festival, the IKIF in New York and again during the 2014 musical season of the French Cultural Center in Boston. He plays regularly in duo, in particular with the violinist Léo Marillier, the pianist Clément Lefebvre, the clarinetist Florent Héau and also did a lastminute replacement at a concert at the Music City of Paris with the cellist Ivan Karizna.

Actor of the cultural life of his native city during soloist concerts, he works with the Project "Opera in the Street" with French and Dutch lyrical artists around great music of the classical repertoire. The Académie Pianistique of Aix en Provence entrusted him for several years the accompaniment of Master Classes, in particular the ones of Philippe Bary and François Baduel at cello and Jerome Guichard at oboe.

Alexandre Lory made his debut as a soloist with orchestra at eighteen years old accompanied by the Harmony Orchestra of Lecce directed by Giovanni Pellegrini and by the Symphony Orchestra of Aix en Provence. In 2012, he starts a serie of concerts with the Chamber National Orchestra of Moldavia conducted by Christian Florea and plays in 2018 Rachmaninoff and Shostakovich Concertos with especially the Conservatoire Graduates’ Orchestra (OLC) conducted by Philippe Aïche.

At the CNSMD de Paris, he met the violinist Leo Marillier. Their complicity is fully expressed in their first CD of “Opera Fantaisies”. Produced in 2014 by the Independent Label Forgotten Records, publisher of rare works, it is produced under the artistical leadership of Alexis Galpérine. Sharing the same vision of classical music, which must be embodied in our time and numerous human values, they offered in May 2014, at the Cultural Centre of Provins, a caritative concert dedicated to the creation of a school in Kenya. In July 2015, they were selected by the prestigious international academy of duo violin-piano of Lausanne, supervised by Pierre Amoyal and Anne Queffélec.